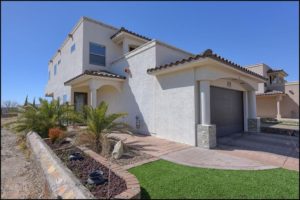 WASHINGTON (AP) — U.S. home prices rose in April from a year earlier, lifted by bidding wars in many cities where would-be buyers fought over a sparse supply of homes.

Prices rose even as home sales fell and mortgage rates climbed. Sales of existing homes dropped in April and May and are now running 3 percent below their year-ago level. Fewer homes are available — the supply has fallen 6.1 percent in the past year — and they are selling quickly.The average house for sale remained on the market for just 26 days in April, down from 39 a year ago.

Mortgage rates reached a seven-year high of 4.77 percent in late May before declining this month. Last week, the 30-year fixed mortgage rate averaged 4.57 percent, according to Freddie Mac. That is still much higher than a year ago, when it was 3.9 percent.

The economy is growing and the unemployment rate is at an 18-year low, which typically would point to stronger home sales. Americans are increasingly turning to newly-built homes, where sales jumped 6.7 percent in May. But higher prices and fewer existing homes to choose from are cutting many Americans out of the housing market.

The smallest gains were in Chicago, up 3 percent; Washington, D.C., up 3.2 percent; and New York, up 4 percent.

The Case-Shiller index covers roughly half of U.S. homes. The index measures prices compared with those in January 2000 and creates a three-month moving average. The April figures are the latest available.